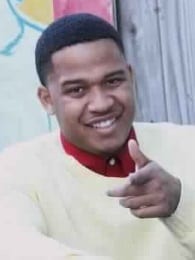 Tommie Mabry grew up in poverty in a rough neighborhood in Jackson, Mississippi. With no one to serve as a model for mainstream success, Mabry turned to life in the streets. Mabry was expelled from numerous schools and by age 11, he was serving time for burglary. Things started to change for Tommie when he joined an AAU basketball team that traveled around world. Although he was shot in the foot during his senior year, God was merciful as Tommie healed and received a full basketball scholarship to Missouri State University.

Today, Tommie travels around the world as a motivational speaker, to motivate and inspire others. He is the chief executive officer for his company, Tommy Mabry Co. and an admission counselor at Tougaloo College. He and his wife have a daughter and son.