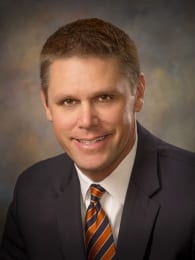 Todd Wirt’s professional experience includes serving as teacher, assistant principal, principal, central office administrator and Superintendent. Since July of 2015, he has served as the Superintendent of Orange County Schools. Prior to becoming the Superintendent in Orange County Schools he was previously Assistant Superintendent for Academics in the Wake County Public School System where his central work focused on empowering teachers as leaders. Wake County Public schools, one of the 25 largest systems in the United States, received national recognition for its Teacher Leader Corps initiative.

Todd also served as an Executive Director of Secondary Education as well as the high school principal in the Mooresville Graded School District during the nationally recognized Digital Conversion. During this time, the National Association named him North Carolina High School Principal of the Year for Secondary School Principals.

He is a member of various state level education related boards and he also serves on the board for the Hillsborough Chamber of Commerce and the Orange County Partnership for Young Children. In 2016, he was named the North Carolina Outstanding Young Educator by the North Carolina Association for Supervision and Curriculum Development.

Todd holds a bachelor’s degree in middle grades education from Elon University, master’s degree in school administration from the University of North Carolina at Greensboro and a doctorate in educational leadership from Wingate University. Todd lives in Efland with his wife Kelly and two children, Mary Moss and Gib.