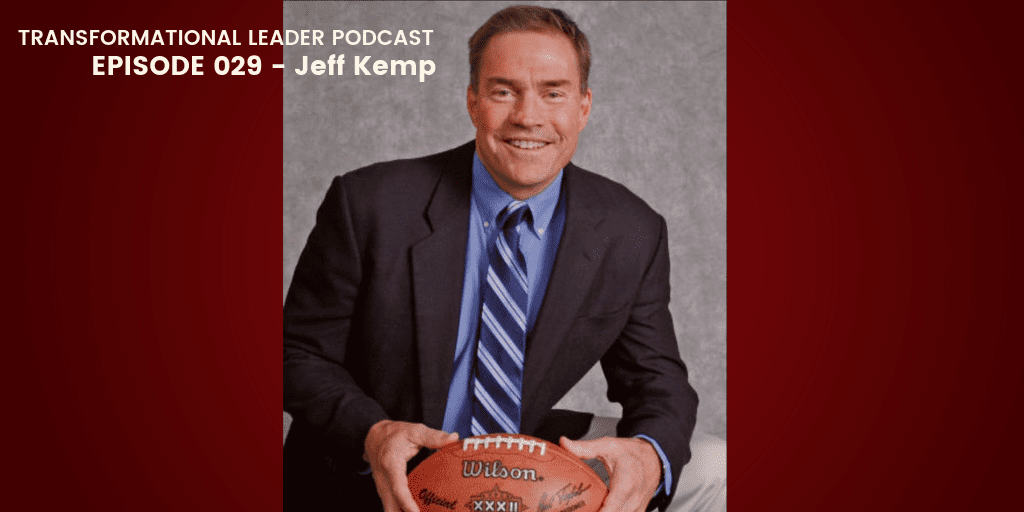 On today’s episode, you might recognize the name Jeff Kemp as a former Quarterback in the NFL who played 11 seasons with the Rams, Forty-Niners, Seahawks and Eagles! However, there is so much more behind this Quarterback that has led him to be a transformational leader and made an impact on hundreds of lives. In 2012 Jeff joined FamilyLife as a Vice President and Catalyst for helping others and strengthening families. Prior to this time he founded and led Stronger Families which united communities around strengthening marriages, assisting military and high-stress couples in protecting their marriage. A quarterback, speaker, and now author – there is so much to learn through the eyes of Jeff Kemp, come along and listen!

How did leadership find its way to Jeff’s life? His mother and father instilled this in their life. His father, Jack Kemp, also a former NFL player used his off-season to learn economics and politics and brought leaders home that shared stories with the family. His father’s message was simple “don’t follow the crowd, have high standards, make things better for others and do your best.” Transformation to Jeff is improving and not staying where you currently are. From failures in the NFL to helping others succeed in their life and marriage, Jeff shares his personal journey through leadership and the value it means to him. Come listen along, you won’t be disappointed!

This episode is brought to you by the John Maxwell Team.

Learn how the John Maxwell Team Leadership, Coaching, Speaking, and Training Development Program can help you take your organization, leadership, and life to the next level.

Book a free call with a Program Coordinator at: johnmaxwellteam.com/talk