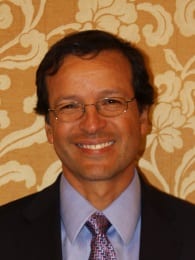 “I want to be the stranger who helps the stranger.” Those are the words of leader Frank Vizcarra, who’s aim is to serve and develop people. These are the foundational characteristics of a transformational leader.

Frank and his extended family emigrated from Tijuana, Mexico November of 1973 at 18 years of age. He graduated from The Ohio State University in 1979. While at OSU he played college soccer then went on to play professional soccer. After retiring from professional soccer, he began his business career with Pizza Hut as a restaurant manager and later joined the McDonald’s Corporation in 1985. Held a number of positions in the field from Restaurant Manager to VP of QSC. Also, Mr. Vizcarra held several posts at the Corporate Headquarters including: National Director of Training, National Ombudsman, Corporate VP of Franchise Relations, Strategy and innovation for the U.S.

After retiring from McDonald’s in April of 2006, he founded The Vizcarra Consulting Group. He focuses his time to help CEOs to define their strategies and leadership platform to drive their business. He also helps them create alignment and integration through collaboration to ensure that everyone in the organization knows and understands what they need to do to execute the strategic plan.

With his wife Anita, they co-founded, with the Barrio Logan College institute, the “College Success Program” which provides four-year college scholarships and a comprehensive support system to underprivileged students to help them break the cycle of poverty through a college education.

“During my life, I have had the good fortune of meeting a lot of great people that unselfishly helped me, influenced and inspired much of my growth as a business man and as a human being.”