The Humiliation
The budget meeting was a disaster, far surpassing what I had anticipated. It was a raucous and mean spirited group of senior managers pouring out wrath and venom while the President and Chairman quietly looked on.

Why were these people so mad and contentious? Me! As the new guy in town and the person in charge of direct marketing, I had come to this relatively sleepy company after serving in some large, sophisticated banks, and thought I had the answers to their problems.

My crime was proposing a $1 million direct mail budget, far exceeding anything these bankers had considered. It was my best shot at what I thought this bank needed, and was consistent with my success at previous employers. As John Maxwell suggests, I even had the meetings before the meeting, speaking with a number of these senior managers prior to my budget presentation.

The problem for me was that these bankers also had their own meetings before the meeting, and they came prepared for battle. With a fixed-dollar marketing budget, every dollar coming to my marketing support unit was a dollar these managers couldn’t use in their own local banks, and they were ready to fight.

My plan had been torpedoed and I had been personally attacked, but it wasn’t over. I was summoned to the President’s office for further berating. He said, “We’re just a bunch of country bankers, and what you’re proposing is too sophisticated for us and not in keeping with our culture.”

A Decision to Make
After this humiliating experience I had a choice to make. I could own the fact that I had misjudged the bank’s culture, and had tried to lead it in a way its bankers didn’t want to go; or I could “disappear” into the large corporation and only do the bare minimum expected of me.

I chose to do what John Maxwell says is the hardest work, which was leading myself. I wanted to do a great job for these bankers, and could see what was possible, but I also knew I had to become more culturally sensitive to them before I could help. This wasn’t the sophisticated leading edge culture I was accustomed to, and I needed to accept that.

I also chose to not give up on leading my clients in their direct marketing efforts. Even though I did not have positional authority over them, I still believed they were open to my influence if I developed direct marketing solutions consistent with their culture.

A New Solution
Since the banks were good at communicating directly with their customers, I proposed making phone calls since these could be done inexpensively.

To make a long story short, we began this program and within eight years were touching 400,000 customers annually at very little cost. We added 40,000 new sales per year while creating cultural change in the banks.

Lessons From This Experience
If you are leading cultural change, you may consider these four tips based upon my experience:

1. Cultures and comfort zones are real and slow to change. Many executives are willing to change, but if you push too hard the backlash may be dramatic.

2. Cultures can be changed over time, but not without great effort, commitment, and patience.

3. If you have a goal for a company, don’t just try to achieve it with what’s worked in other organizations. Make your solution compatible with the culture you’re working within.

4. If your ideas receive rough treatment, don’t give up. Pull yourself up, own the rejection, and learn from it. As Dr. Maxwell says, “sometimes you win, sometimes you learn”. Resolve to learn from your mistakes and propose new solutions more acceptable to your clients.

There is always a way to improve the condition of your clients while maintaining their cultural integrity. 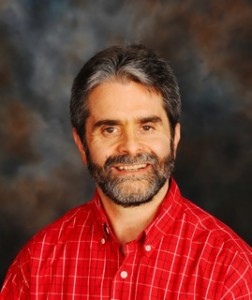 Scott McClymonds recently completed a 24 year stint in the banking industry, where he was a leader in marketing automation and analytics.

He is now CEO of Nehemiah Worldwide, a coaching and consulting firm helping Christian entrepreneurs use their businesses as ministry.

Scott lives in Fayetteville, AR with his family.

Posted in Articles, Featured
← John Maxwell Turned My Life Right Side Up!What kind of root system do you have? →