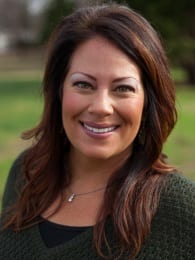 Evie Lastra West has been a police officer for the City of Cleveland for 17 years, and recently promoted to Sergeant. Through her platform as an officer, she has shared her story to others about the life she once lived.

Evie grew up in Orange County, California, and, as a teen, was initiated into a gang. She also became a teen mom at 16, and then at 19 intended to terminate her 2nd unborn child. However, through God’s grace, her path changed.

Evie has recently published a book called “Revolving Choices: Playing Roulette With Life” that recaps her life and the consequences of her choices. This book also shares her story as a young, Hispanic girl desperately searching for her identity, and how her life was drastically changed by the power of Jesus Christ. Due to her decision at the last moment to choose life for her second child, she became passionate about abstinence, life and obedience. Evie has shared her story in schools, churches and community events to encourage others.

In 1996, Evie was divinely “transplanted” to Cleveland, Tennessee where she enrolled at Lee College. In 2001, Evie graduated from Lee with a Bachelor of Arts degree in Intercultural Studies and a minor in Bible. She has been a police officer for the City of Cleveland for 17 years. In 2016, she was promoted to Sergeant over the Community Relations Unit. She is a volunteer at New Hope Pregnancy Care Center in Cleveland, Tennessee. She is married to Brandon West. They have two children, Josh, age 23, and Brooklyn, age 20.

In March of 2017, her 20 year long prayer was answered when she reunited with her 2nd child, Joel. Joel lives in Ohio and is a sophomore at Miami University.