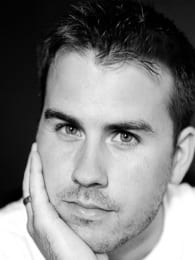 Greg Johnson began working at the Clio Area School of Performing Arts in 2012 with the goal of providing students with a holistic education through dedicated service and support to bands, leadership opportunities, and recognition using the medium of instrumental music. In 2015 the Clio Area Educational Foundation honored him as the Clio Area School’s Teacher of the Year.

As early as his high school years, Greg has been recognized as a leader. He was also active in Student Council as President (4yrs.), Class Council as President (3 yrs.), NHS (3yrs), and Ski Club (4yrs). He was honored with several scholarships including the John Phillips Sousa award, Schonfeld Music Scholarship, VFW Distinguished Musician Decoration and a is recipient of the United States Air Force Challenge Coin.

As a student at Western Michigan University, Greg held several leadership positions around campus. He was also the founding President of the Mu Delta Chapter of Kappa Kappa Psi, National Honorary Band Fraternity, and was inducted into the National Residence Hall Honorary for outstanding work and dedication to campus residence life.

From 2007-2010 Greg worked at Family and Children Services in Kalamazoo. Here, he served as a Lead Direct Care worker and music teacher to children with cognitive and developmental disabilities.

In 2010, he founded and taught the Mutt Interscholastic Percussion Ensemble. This group has now grown to encompass 5 area high schools and international students. Mutt has consistently received District 1 ratings at the MSBOA solo and ensemble festival.